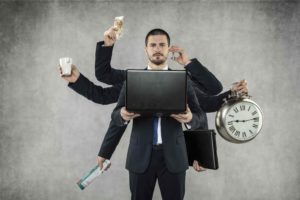 How can a restaurant increase their profit? It would seem to be a trivial question. The average consultant would pedantically fire back in a fraction of a second: “Increase sales or decrease costs” and would follow up with a detailed analysis of how increasing sales means either increasing average ticket size, occupancy or available capacity.

The reality most restaurant owners are faced with is tough:

At the same time, 100% of restaurant owners are constantly focused on controlling or reducing costs, but there’s an inherent fixed cost structure for the typical restaurant, that makes it challenging to change.

The economics of one more seat

To paint a better picture of how hard it is to increase a restaurant’s profit, let’s assume a 100-seat restaurant could scale its business as little as they wanted, and thus could invest in 1 more seat for their available capacity.

Most fixed costs of a restaurant are either directly or indirectly related to how many patrons they can serve. Rent and utilities are proportional to square footage, kitchen equipment is proportional to capacity, etc.

How does it all play out? If a typical restaurant generates $2 million in annual revenue and about $100,000 pretax profit, adding one more seat would mean about a 1% increase in profit, or $1,000 a year.

The economics of increasing beverage spend

What happens when you are able to sell more beverages to your current guests? InVine restaurants are able to increase their beverage spend per guest up to 50%, so let’s look into what happened at one of them, a foreign cuisine restaurant in the Bay Area.

This location seats about 100 people, generates $1.2 million annual revenue and about $320,000 in beverage revenue. After using InVine, they saw a 15% increase in beverage spend, which means about $50,000 additional revenue.

Now, here’s the important aspect of increasing beverage spend: because they average 60% margin on their beverages, their increase in pretax profit was about $30,000.

This particular client has said:

“Partnering with InVine was like adding 30 seats to my restaurant.“

This is a significant increase in profit and most InVine clients can go well beyond the 15% depicted above.

The bottom line is, increasing beverage spend has a structural impact to restaurant profitability. InVine clients report verifiable increases in their beverage revenues of up to 50%. One of our  larger clients who has 6 locations on the West Coast has reported $220,000 in additional revenue just last year!

Learn how you can increase your revenue with InVine. Sign up for a demo.